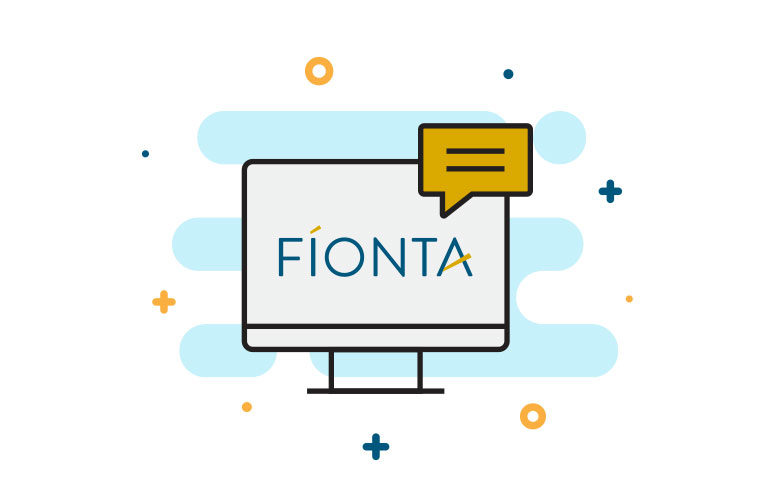 In advance of FUNcon ’20, we asked Tanya Renne to reflect on our many Fonteva implementation projects and to synthesize common elements present during successful engagement.

Contact us to learn more about how Fíonta manages Fonteva implementations.

Hi, everybody. My name is Tanya Renne and I am a consultant at Fionta, and I do a lot of Fonteva implementations. Over the last 18 months, I’ve come to recognize what makes a good implementation and a bad implementation, or I should say a painful one and a less painful one. So I’ve got six things that you should think of when you’re starting an implementation of this size.

It’s a huge commitment to change your AMS. It’s a huge, daunting commitment as well as exciting. If you don’t have an AMS, it’s pretty scary to start using one. And if you have one, which most people already do, it’s been a fraught relationship in and of itself. So moving off of that is going to be hard. And that’s okay. There’s a lot of things that are hard, and this is just one of them. The value and the benefit in the long term is definitely worth it if you do the other five things that I’m thinking of doing.

One is just that, it takes commitment. It is something that everybody in your organization that is going to touch the system or touch systems that touch the system should be aware of and should be bought into, as well as the discovery process and the implementation process itself. The more commitment you have and the more awareness you have about what that commitment means, the better your implementation is going to be. I like to think of it as it’s braces. It’s not pleasant, but the outcome is well worth the effort.

So from there, I would suggest that you also have a mindset of compromise. There’s a great deal that makes your association or non-profit unique. There’s also a great deal that makes it just like other organizations. There might be a way that you can get the same outcome with a simpler process, or you might be able to do away with some of the complexity with a little bit of flexibility on your part. This isn’t to ask you to somehow settle for less, but it allows you to adopt a mindset that things can be different and things … Change can be possible, and that will allow you to have a better experience overall, and in the long run, have a simpler implementation and a simpler process moving forward.

Think about that. And then also the fact that most business analysts and Salesforce consultants generally like to solve problems, like puzzles, like quirky, interesting riddles. So you put a funny project in front of us and we’ll imagine a way that you could, in a very complicated or simple or indefinitely ingenious way, solve the problem. But it may not need to be solved. So keep that in mind when you’re looking at an implementation budget or hours, and think about compromise and think about change and try to adopt a mindset of being open to all of those things to do what’s best long-term.

The next thing that I would say is that the details are super important and that you need to get really, really involved in the implementation. Now, there’s another part of me that thinks that sounds terrible, and I wouldn’t want my clients marching around inside an implementation before I was done. But in fact, the most successful implementations are fully and totally involved by the client. So doing implementation yourself, doing configuration yourself, putting your events in, putting your community groups in, putting your membership types in, getting all the experience you could possibly get all inside the system, and not taking the mindset of, “I’m going to give you a bunch of money. I want you to go do it and then turn it over, give us the keys, and we’ll take it.”

Nobody ever learned how to drive by sitting in the passenger seat. You need to be involved, and you need to be truly involved, like go in and change things, go in and make things go in. And abide by the barriers, but you should really own this. The more you own it, the more successful it’ll be, the faster it will be successful in your own hands moving forward. You’re taking on a huge, huge project to make a new AMS, to put your business process in a new AMS, and not involving yourself is going to make it less successful. That’s not the kind of investment you want to make.

Oddly, the biggest successes that I’ve had at Fonteva have been organizations that don’t have, quote, unquote, the budget for us to do the entire configuration, and so therefore, their staff is more involved. And actually, that’s more successful. So it’s not about the price tag. It’s about how deeply involved you are. Plus, it allows you to bring all those little quirky details that I mentioned before into the configuration process, and that makes it more successful, because in those little areas that we know about, those are the things that are going to drive the budget up. And those are also the places that we might be able to get the most productivity for your organization.

Lastly, I would say value. The important thing is for you to understand the value of this process over the long term, both the value of paying for a new AMS, committing to a new AMS, getting involved in it, going through the discovery process, going through the implementation process. It’s a value over time. So the expense and the challenge and the difficulty that it might be up and down. The idea is that you have created a relationship with this new software, with the team behind the software, and being able to really drive the productivity and really drive the implementation and the business process behind it is what’s going to make this successful.

Again, it’s hard. It takes a lot of commitment. You might have a lot of change and a lot of compromises. That can be uncomfortable, but it can be worth it in the end. If you really invest yourself in the details and get very involved from the very beginning, as much as you possibly can, then you can really realize the value of this system, and you can really realize the value of the whole process to get yourselves over into the system.

Understand that nobody wants to rebuild your crappy broken system into a new crappy broken system. What we want is to improve your productivity, improve your work processes, improve your outlook, improve your engagement with your members, improve your event structure, and improve everything that we can possibly improve. So that will mean compromise and change, but in a positive way. So if you go forward with this kind of mindset, you’re going to have a much more successful and painless Fonteva implementation project and be able to weather the bumps and the bruises and the challenges along the way, and come out on the other side more quickly and more completely, owning the whole project and your life going forward on this new AMS.

Have a great time. Enjoy it.