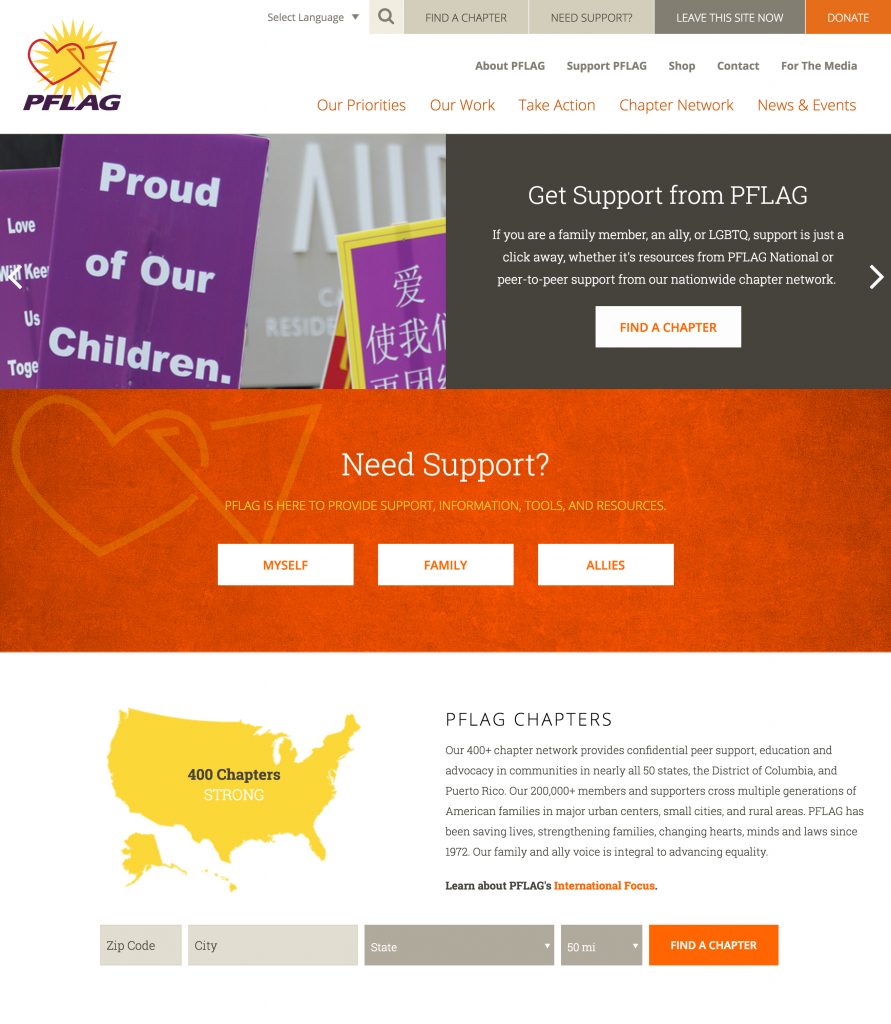 Confluence could not be more thrilled to announce the launch of the website redesign for the prominent national LGBTQ organization PFLAG (formerly known as Parents, Families, and Friends of Lesbians and Gays). The site launched at the start of Pride Month where LGBTQ events are held nationwide.

Just a few notable features of this new Drupal site include:

We can’t wait to continue working with this incredible organization.

Learn more about PFLAG and the work that they do>