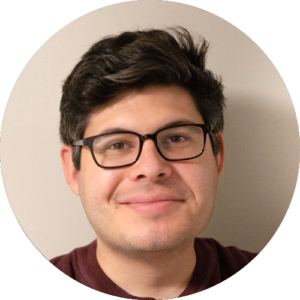 James started his career as an admissions counselor at his alma mater, Austin College (not actually located in Austin, TX) then moved to DC in 2015 where he worked with Salesforce on the sales floor of POLITICO. After inquiring so much about the CRM, he was eventually given a role as an admin. He’s been interested in Salesforce and Salesforce accessories ever since.

James lives in the Columbia Heights neighborhood in DC with his cat, Delighla, and friendlords (friend & landlords) Kenna, Anthony, and their newborn Rowan. He’s a Spongebob savant, hosts his own Minecraft server, and regularly connects with his best friends via online gaming.

You’ve been with Fíonta for 6 months now. What first attracted you to Fíonta? Between COVID and quarantine, it feels…