Skip to content
/ Blog / Equality, Amplify, and a first-timer’s reflections on Dreamforce ’17

The blog below was written by Controller Katy Burns here at Fíonta.

Earlier this month, I had the chance to join team Fíonta at Dreamforce 2017 – and what an experience it was! The sheer magnitude of Dreamforce is best described by numbers: 171,000 people flooded San Francisco for the week, 3,800 sessions and workshops were held, 400 partners and customers were showcased, 91 different countries were represented, 29 speakers were featured as keynotes, and one rock climbing wall was constructed in the center of it all. As a novice attendee, I was coached by my team on what to expect – lots of people wearing lanyards and backpacks, copious amounts of free food and coffee, and the overarching sense that you should be in three different places at once.

All of that held true – and then some. It was exciting to hear about product announcements from Salesforce and innovative apps on the AppExchange. It was fun to put it all into action and learn some new skills on the Trailhead floor. It was encouraging to meet customers and leaders in the nonprofit space who are working tirelessly to spread their impact with Salesforce. But one of the themes that I was most surprised and inspired by was the buzz about equality. 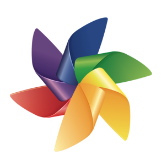 Nearly 50 sessions were centered around equality, and this seemed to be especially poignant given the current national conversation. While this theme resonated throughout the conference, my most memorable exposure to the topic was off the main Dreamforce grid and 30 floors up in the Salesforce Ohana room. Fíonta was a bronze sponsor and thus, I had the honor of joining GirlForce (now Amplify!) and other sponsors for their annual Girlforce @ Dreamforce breakfast. Girlforce was founded in 2013 to support women in the nonprofit and higher education technology sector to become fearless leaders. This year’s breakfast marked lots of exciting changes for their organization – the announcement of a new President, Marisa Lopez; the unveiling of a new name, Amplify; and the broadening of their mission to support nonbinary/transgender people and allies.

Since its inception, Amplify has taken the term “trailblazer” seriously. As Marisa alluded to in her speech, they’re not waiting for the light at the end of the tunnel—they’re the ones lighting up the tunnel. They’re leading the change that they want to see around equality and intersectionality, and “advancing empowerment through education and community.” As an employee of a woman-owned business that serves nonprofits through technology consulting (and someone who knows the work that goes in to changing a company name change intimately!), I was thrilled to support Amplify on this pivotal day. You can see me in the picture above – fourth from the right in the back row next to my colleague David.

Salesforce’s pillars are Trust, Growth, Innovation, and the Equality of Every Human Being. With those qualities at their foundation, I am confident that they will continue to support organizations like Amplify that are showing us all how it’s done. And I’m hopeful that the greater conversation around equality and respect in the workplace continues.

In her keynote, Taraji P. Henson said it well, “We put these labels and titles on everything to compartmentalize and control. Aren’t we all human? Can’t we leave it at that?”

If you want to read more about the 2017 Equality Summit at Dreamforce, including the Equality Keynote, take a look at this blog: https://www.salesforce.com/blog/2017/11/dreamforce-2017-equality-summit-highlights.html