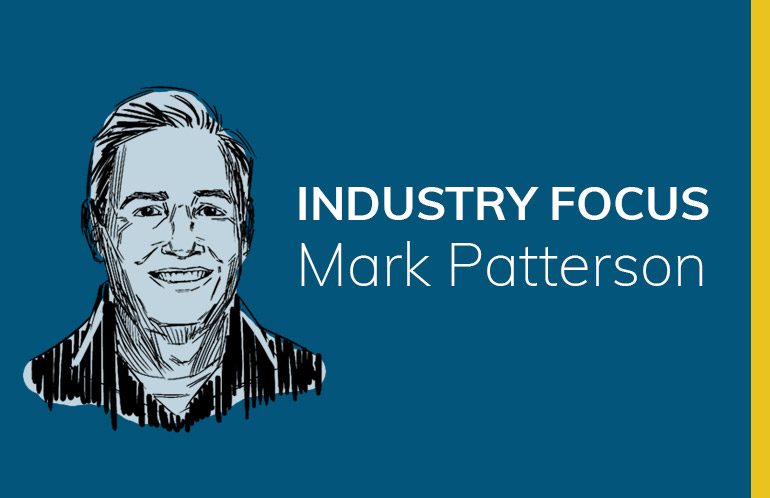 This is the first of a bimonthly series written by Fíonta CEO, Mark Patterson.

Everyone agrees that proper change management is critical to the success of an Association Management System (AMS) implementation, but in practice it is often an afterthought or completely overlooked. Why? Because change management deals with the softer “people-side” of a project, which can be more challenging and require different skills than planning and implementing the technology itself.  In this post, we’ll explore the organizational psychology behind AMS implementations and present several best practices to promote staff engagement and alignment of goals at all levels of your association.

The way you think about an AMS (inclusive of the related solutions that often hang off it) depends upon your role in the organization.

The decision to replace an AMS is made at the executive level and is often years in the making after concluding that the current AMS won’t support operational and strategic goals at a reasonable (or any) cost. The feedback that drives the conclusion often starts with the staff who struggle to deliver on their core job responsibilities and flows up through the managers who can’t produce the KPIs and results they’re responsible for.

So, what happens next? In a nutshell, the initiative is green-lighted, the top-level vision is well articulated, and the staff usually have a voice in airing their complaints and wish lists.  A vendor is chosen, requirements are captured, a budget is approved, and the project eventually kicks off. All is well – the energy level is high, and the stakeholders have done everything right, so far.

As the implementation progresses, an interesting phenomenon occurs – staff support for the new system begins to erode. Incremental delivery milestones arrive and staff are asked to “test” and provide feedback, which is likely to be more critical than positive because the functionality is buggy, incomplete, and harder to use than what they have today. More precisely, it’s simply different than what they’re used to, and they can’t see a path to it being any better than what they have.  I call this the fear of change for the worst, and the risk is staff concluding that the old system they know is better than the new one they don’t.

How do we avoid this situation? Much of it has to do with managing the emotions and expectations of the people in your organization, and that’s what we aim to cover here.

We’re on a Mission

People support an initiative if it’s inspiring and they feel they can have an impact.  Describing an AMS replacement as “we’re getting a new AMS because we hate the old one” doesn’t generate much passion.  Presenting the vision for “advancing our industry and generating new opportunities for our members” is a lot more effective.  Give your staff a mission to get behind.

Communication to staff needs to be frequent and transparent. The team needs to know what you need from them and how they will benefit – and perhaps not in that order. The result you’re looking for is enthusiasm, ownership, and buy-in, especially from those staff who feel they will be on the front lines of the change. Failure to achieve early buy-in makes overcoming hurdles later much more difficult.

People naturally follow those they respect and trust. Your job is to identify these leaders in your organization and make them champions of the project with the job of maintaining positivity and a can-do spirit. Champions often aren’t managers, but individual contributors who are peers of the staff who are mostly likely to be detractors. It can also be effective to recruit naysayers as champions to instill their ownership in the outcome.

The goal is for champions to help other staff with the transition process, to be a conduit for feedback, and to keep the engagement and buy-in healthy.  The key to creating effective champions is to make them true stakeholders – they need actual influence and cannot simply be cheerleaders. They’ll stop being advocates of the mission if their input goes unheeded.

Prepare the Umbrella Before it Rains

Every organization goes into their next AMS implementation with high hopes for a smooth journey.  The vendor has instilled confidence in the process, and mistakes from prior projects have increased the collective belief that this time will be different. Wishful thinking is a recipe for disillusionment later.

There’s a fine line here – you want to be positive and express confidence in the outcome yet be pragmatic and set the expectation there will be ups and downs. Your staff will evaluate progress and foresee eventual project success based on those expectations that were established up front. If your extended forecast calls for sun and it then rains every other day, there will be a lot of disappointment.  If you predict a mix of rain, clouds, and sun, then the non-sunny days won’t be a letdown.  Same weather, two different outcomes.

You’ve launched your mission, recruited champions, and set expectations, and now you’re in the dark days of implementation when the staff is seeing new functionality every few weeks. True to form, it’s not going perfectly because it never does. Now is a critical time to keep the wheels on the tracks, and that requires great listening skills and being responsive to feedback.

There are always multiple points in the project when the staff begins to doubt the future awesomeness of the incoming system. When requirements come to life as working software, the reality of what it will be like rarely matches how users imagined it. Some may be happy; others will be distraught.  They will share their opinions about what they don’t like and what they want and it’s important to be receptive when it happens.

Group therapy is effective – get everything out on the table and work through it. Stakeholders and project leaders must genuinely solicit and accept feedback and be prepared to incorporate changes when complaints start rolling in. Focus on the outcomes people are looking for, not the demands to do it a certain way, or else you’ll implement a slicker version of the old system. If the staff believes you’re not only receptive to feedback but willing to making changes, positivity and engagement will remain high.

There are many keys to success when it comes to AMS implementations, and the human side of the equation can be the most difficult to manage. What we’ve found is that when leadership sets appropriate expectations, association staff are aligned on the mission, and everyone is working as a team to get it right, the odds of overcoming challenges and enjoying a successful outcome go up significantly.

Looking for an AMS implementation partner with expertise in creating right-sized change management plans? Contact Fíonta to find out how we can help you plan ahead for implementation success.