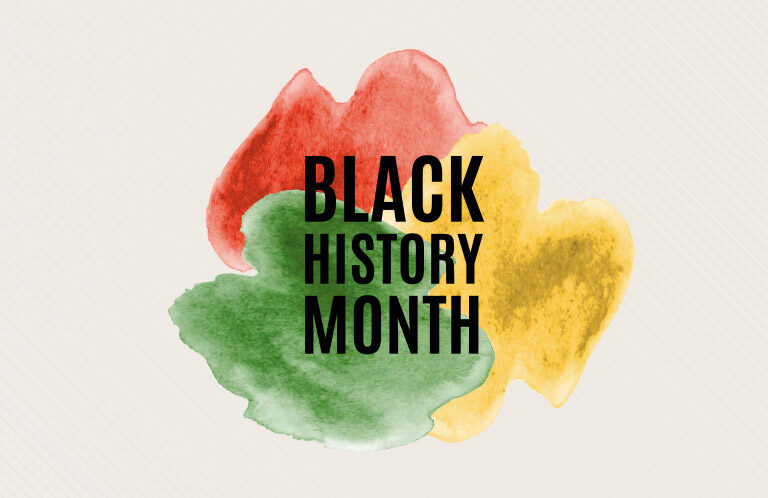 Every day this month, Fíontan Cody Hamilton, has been sharing biographies, articles, and history in Slack to honor and celebrate Black achievements and stories. Below is an outline with external links for more information. Please share and amplify these resources with your network!

Alvin Ailey – Ailey began his life in deep poverty during the Depression in Texas. He found himself fascinated with dance from an early age and was able to begin his study of the art in Los Angeles as a teenager. He went on to be one of the most recognizable and respected dancers/choreographers in history, founding the Alvin Ailey Dance Theatre and working with thousands of amateur and professional dancers.

Black Excellence on Broadway – Billy Porter’s video tribute to Black talent on the Broadway stage. “I am a reflection of those who came before me as I inspire to be mirror for those who will come after me.”

The Black Panther – Created by Marvel’s Stan Lee, Black Panther was the first superhero of African descent. He was introduced in Fantastic Four No. 52 in July of 1966, followed historically by Marvel’s introductions of the characters of Falcon in 1969, Luke Cage in 1972, Blade in 1973, and by the introduction of DC’s first main black superhero character of John Stewart in his role as Green Lantern in 1971.

Eartha Kitt – Known for Santa Baby and the role of Catwoman on the Batman series in the late 1960s, Kitt became the target of a CIA investigation after she refused to discuss banalities at a White House tea hosted by Lady Bird Johnson and instead denounced the Vietnam War.

Harlem Renaissance – From the 1910s to the mid-1930s, the Harlem neighborhood of New York City blossomed into a Black cultural mecca and is considered a “golden age in African American culture, manifesting in literature, music, stage performance and art.”

Jupiter Hammon – Known as the founder of African-American literature, Hammon was enslaved his entire life in New York. Lightly educated, Hammon published his first poem at the age of 50 and his poems about slavery were widely circulated.

The Humble History of Soul Food – With its origins in Georgia, Mississippi, and Alabama, soul food was a way to preserve African food traditions using available staples like rice, okra, greens, and pork.

14 Black Inventors You Probably Didn’t Know About – this article highlights Black inventors and pioneers who have changed the face of public health, safety, computing, and even children’s play with the Super Soaker.

Mae Jemison – Jemison is a physician, engineer, professor, and former NASA astronaut and she was the first Black woman to travel in space when she orbited the Earth for eight days on a mission in 1992.

1960 Greensboro sit-ins – a series of non-violent sit-ins from February – July 1960 in the Woolworth store and other areas in Greensboro, NC which resulted in desegregating the Woolworth chain and jump-starting the Student Nonviolent Coordinating Committee (known most commonly as SNCC).

Fannie Lou Hamer – Hamer worked closely with SNCC and the Southern Christian Leadership Conferences (SLCC) on voting registration and welfare programs and survived a near-fatal beating in Mississippi by local police. In 1971, she co-founded the National Women’s Political Caucus.

Mildred and Richard Loving – A married interracial couple, the Lovings were plaintiffs in the U.S. Supreme Court Case Loving v. Virginia, after being criminally charged under a Virginia statute banning mixed-race marriages. In 1967, the Supreme Court ruled in their favor and struck down the statute and all state laws criminalizing interracial relationships.

The Black Church – Sometimes referred to as Black Christianity or African-American Christianity, the Black church is “is the faith and body of Christian congregations and denominations in the United States that minister predominantly to African Americans, as well as their collective traditions and members.” This article describes its origins, its influences, and its shaping of and impact on the entirety of the African-American experience in America from coast to coast for centuries.

5 Things You May Not Know About Abraham Lincoln, Slavery, and Emancipation – A bonus submission for President’s Day, this article describes Lincoln’s evolving views on slavery and emancipation, and reasons and rationale that ultimately led to the timing of and his issuance of The Emancipation Proclamation.

Benjamin Banneker – a free African-American born in 1731 in Baltimore County, MD, Banneker is remembered for his efforts in surveying Washington DC in 1791. He was also an astronomer and contributed to multiple almanacs over several years.

Harriet Tubman – Beyond her heroic work supporting the Underground Railroad, Tubman acted as a soldier and a spy for the Union Army and became the first woman to lead an armed military operation in the United States.

Hiram Rhodes Revels – Revels made history as the first African-American to serve in Congress (1870) in addition to acting as the first president of Alcorn University.

How a Black Spy Infiltrated the Confederate White House – Born enslaved, Mary Bowser, worked closely with Elizabeth Van Lew to spy on Confederate President Jefferson Davis from within his own home, under the guise of a domestic servant. “Van Lew’s diary entries imply that Bowser’s reports were critical in helping the Union navigate their way towards victory during the war.”

John Punch – Considered by some historians to be the “first official slave in the English colonies”, Punch was also believed to be one of the paternal ancestors of the 20th-century American diplomat Ralph Bunche, the first African American to win the Nobel Peace Prize, and a twelfth-generation grandfather of President Barack Obama on his mother’s side

The Green Book: The Black Travelers’ Guide to Jim Crow America – The Green Book, first published in 1936 by Hugo Green, served as a guide to help Black Americans travel without fear and highlighted Black-friendly businesses, establishments, and experiences, even as granular as a particular woman’s home in Roswell, New Mexico.

Tuskeegee Airmen – The first Black military aviators, the Tuskegee Airmen flew more than 15,000 sorties over two years during WWII. The Airmen helped usher in the desegregation of the U.S. Armed Forces.

Thurgood Marshall – Born in Baltimore in 1908, Marshall argued a record-breaking 32 cases in front of the Supreme Court before being appointed to the Court and serving 24 years as the first Black Justice. He is remembered as being influential in shaping social policy and upholding laws to protect minorities.

Was the Real Lone Ranger a Black Man? – Forced to fight with the Confederacy, Bass Reeves escaped to Indian Territory, learned the customs and languages of the Seminole and Creek tribes, and returned to Arkansas as a free man. He went on to become the first Black deputy U.S. marshal west of the Mississippi.

16 Queer Black Trailblazers Who Made History – Black LGBTQ Americans have made immeasurable contributions to all aspects of American life. This article profiles trailblazers from the 20th and 21st century.