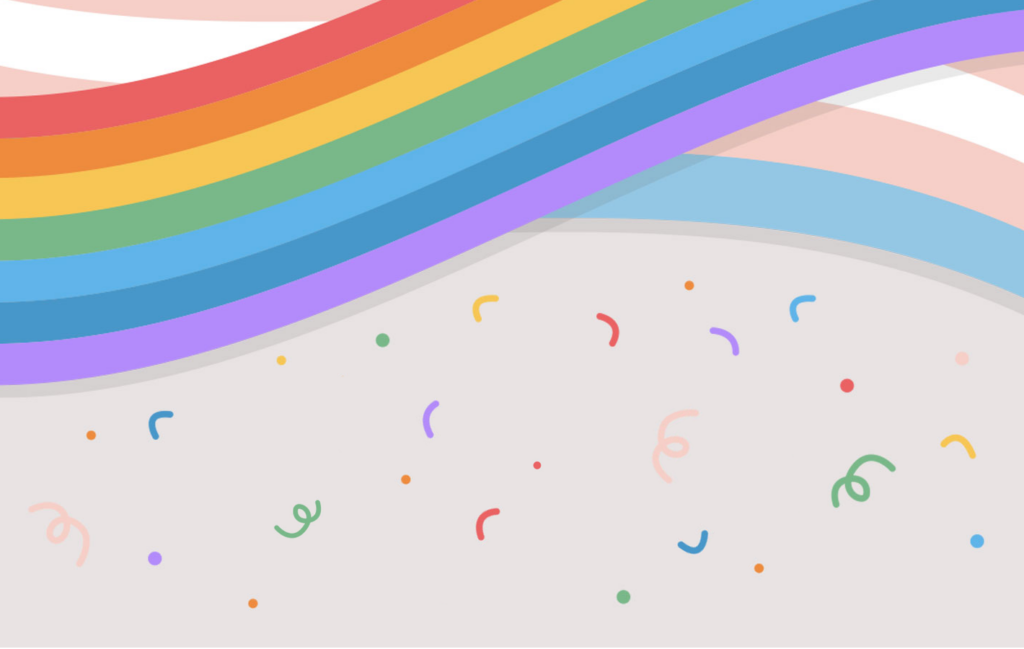 Every day this month, Fíontan Cody Hamilton is sharing biographies, articles, and history in Slack to honor and celebrate the achievements and stories of the LGBTQI+ community. Follow along each day and explore the external links for more information. Please share and amplify these resources with your network!

Lana and Lilly Wachowski, also known as the Wachowskis, are the duo behind such ground-breaking movies as The Matrix and Cloud Atlas.

Keith Allen Haring was an American artist whose pop art emerged from the New York City graffiti subculture of the 1980s. His animated imagery has “become a widely recognized visual language”

The 50+ year timeline of influential and groundbreaking LGBTQ-themed theatrical works, placed in the context of queer history.

The history of LGBTQ+ representation in film. In Hollywood, the strict Hays Code forbade explicit depictions of homosexuality in film for three decades, during which there was a slew of queer-coded villains.

“Tales of the City” series by former San Francisco-based author Armistead Maupin, who was raised here in Raleigh, NC.

Northstar is the first openly gay character to come out in a book published by Marvel Comics.

Sylvia Rivera is an American gay liberation activist and another of the prominent figures in the Stonewall Riots.

Marsha P. Johnson is an American gay liberation activist and one of the prominent figures in the Stonewall Riots.

Harvey Milk is an American politician and the first openly gay man to be elected to public office in California.

The Society for Human Rights, founded in 1924, was the first recognized gay rights organization in the United States.

Virginia Charles Prince, born Arnold Lowman, was an American transgender activist. She published Transvestia magazine, and started the Foundation for Personality Expression (FPE) and later the Society for the Second Self for male heterosexual cross-dressers.

Dr. Alfred Charles Kinsey was an American biologist, professor of entomology and zoology, and sexologist. He is also the founder of the Kinsey Institute and author of the “Kinsey Reports”.

Edythe Eyde, better known as “Lisa Ben” (an anagram for “lesbian”), publisher of “Vice Versa”, is considered the oldest recorded lesbian periodical in the United States.

Alan Touring, is widely considered to be the father of theoretical computer science and artificial intelligence.

RuPaul Andre Charles, a trailblazing drag queen, worldwide sensation, and thought to be the most recognizable drag. performer in the world

Karl Baer is the first transgender man to have reassignment surgery (1906).

The 1966 Compton’s Cafeteria riot occurred in the Tenderloin district of San Francisco. The riot was a response to the violent and constant police harassment of drag queens and trans people, particularly trans women.

50+ Years of LGBTQ+ Plays and Musicals, In this chronological list of seminal events and selected theatrical landmarks, you’ll find a wide variety of gay, lesbian and transgender characters and stories

The Mattachine Society, founded in 1950, was an early national gay rights organization in the United States, perhaps preceded only by Chicago’s Society for Human Rights.

Frank Kameney, was dismissed from his position as an astronomer in the U.S. Army, because of his homosexuality. This led to what was notable as the first known civil rights claim based on sexual orientation pursued in a U.S. court.

Stormé DeLarverie was a butch lesbian with zero tolerance for discrimination, or as she called it, “ugliness.”

Scientific-Humanitarian Committee was the first LGBT rights organization in history. The motto of the organization was “Justice through science“, and the committee included representatives from various professions.

Lilli Vincenz is a lesbian activist and the first lesbian member of the gay political activist effort, the Mattachine Society of Washington.

Rainbow Flag, LGBT individuals and allies currently use rainbow flags and many rainbow-themed items and color schemes as an outward symbol of their identity or support.

“The Pink Triangle”,  Nazis forced people they labeled as gay to wear inverted pink triangles, however, the LGBTQI+ community reclaimed the pink triangle as a symbol of solidarity.

Stonewall Riots, the 1969 demonstrations credited as being the catalytic event kicking off the modern-day LGBT rights movement.