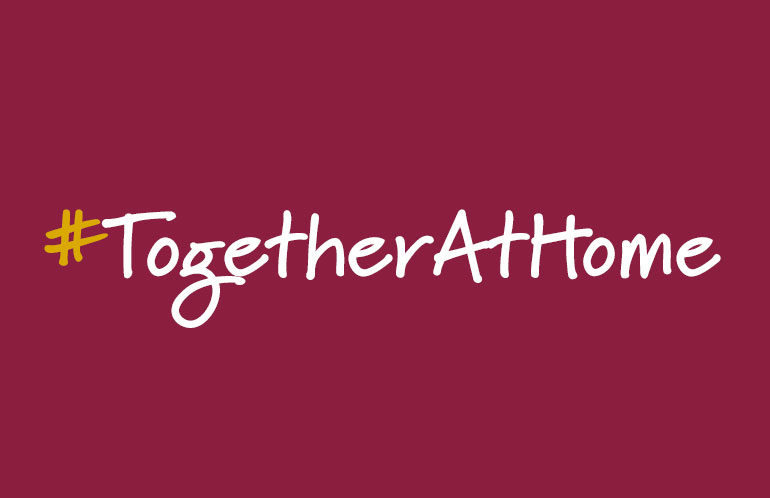 We are excited to announce a series of weekly performances by Fíonta friends and family musicians!

Update: This series has concluded. Thanks to all our performers for their participation. You brought us joy in a dark time.

For 10 Thursdays, we welcomed professional musicians who experienced a loss of paid gigs during the COVID-19 pandemic to perform for 30 minutes or so over Zoom.

As a way to give back to our friends the suggested donation for each artist will be $5 or pay what you can, payable by Venmo or Paypal. Video and Venmo info are below.

Madalyn Burns has been singing since she was a child. Over the past several years, she has enjoyed writing lyrics and expanding her musical world. During a stint working with Vagabond Missions in Steubenville, Ohio, Maddy met many musicians who motivated and encouraged her to step out of her comfort zone and share her music.

“These songs are the means through which I tell stories; stories about people I’ve met, experiences I’ve had, and hardships I’ve faced. My goal is to take each listener on a journey through triumph over suffering. This is my heart, wide open.”

Maddy will be raising money for Vagabond Missions; suggested donation is $5 or pay what you can through https://vagabondmissions.kindful.com.

Gaby Garcia is a Nevada native who has always felt like a New Yorker at heart. She received her BFA in Musical Theater from AMDA: College and Conservatory of the Performing Arts in Los Angeles. Based out of NYC, she is currently located and working a contract in Branson, MO. She couldn’t be happier to be pursuing her passion for storytelling. She’s a positive, uplifting, people-person who loves connecting and collaborating with others. She thrives off of creating and is always ready to try something new!

Suggested donation is $5 or pay what you can, Venmo: GabyMarieGarcia. Gaby is kindly passing all donations to No Kid Hungry.

Reflecting a growing international career, Ms. Moran debuted with the Jenaer Philharmonie and Maestro Enrico Delamboye in early 2020 and, in summer 2019, performed the role of The Parrot in the world premiere of internationally-acclaimed composer Somtow Sucharitkul’s “Mahosot: Architect of Dreams” with Maestro Trisdee na Patalung of Opera Siam (Bangkok). Mahosot is the seventh installment in Sucharitkul’s masterpiece “Ten Lives of the Buddha,” which Opera Now has described as “the largest classical music work of all time.” Recognized by Opera Magazine (London) as a “standout,” Ms. Moran was praised for “her brilliant coloratura work.” In January 2019, Ms. Moran made her professional debut in Germany with Staatstheater Darmstadt.

Raised in Anchorage, Alaska, Ms. Moran earned her Bachelor of Music in Vocal Performance from The University of North Carolina at Chapel Hill. She is based in Belgium and currently splits her time between New York and Europe.

Donation is $5 or pay what you can direct to the performer (Venmo: @Elizabeth-Moran-827; Paypal: https://www.paypal.me/eamoran).

Eric Petersen is an actor hailing from the suburbs of Chicago, IL. Eric has worked extensively in Television and the Broadway stage.  He will next be seen as Kevin in the upcoming AMC show “Kevin Can F*** Himself” staring opposite Annie Murphy.

Television credits include: “Kirstie” (TVLand) where he played the Series Regular role of Arlo Barth alongside Kirstie Alley, Rhea Perlman, and Michael Richards. Eric has made guest star appearances on “Big Bang Theory”, “Modern Family”, “NCIS”, “CSI”, “GCB”, and the Lifetime movie “The Brittany Murphy Story”.  Eric has many Disney channel credits including the shows “Jessie”, “Sydney To The Max”, “Kirby Buckets” and “Pair of Kings”. Eric appeared in the Oscar-nominated Coen Brothers’ film “The Ballad of Buster Scruggs” for Netflix.

Donation is $5 or pay what you can direct to the performer (Venmo @Eric-Petersen-3; PayPal: https://www.paypal.me/ericpetersen44). Eric will be passing all donations to The Actors Fund which fosters stability and resiliency, and provides a safety net for performing arts and entertainment professionals over their lifespan.

Join us for a special kid-focused concert with Rena Strober – Disney, singalongs, air guitar, and more!

Tim Trant is a wayward musician/entertainer looking for a place to land. For over four decades, he has performed popular contemporary and traditional American and Irish folk songs, entertaining appreciative audiences around the world. In the 1990s, he performed at pubs, restaurants, and festivals in the Washington, DC, Maryland and Virginia area, and across New England and mid-Atlantic regions, in a popular duo headlined by his brother, Kevin James (Trant), opening for the Kingston Trio, the Clancy Brothers, Tommy Makem, Sharon Shannon, the Wolfe Tones, and the Fureys. With his recent retirement from the Navy Department, after 42 years of active and civilian service, he is at a loss as to what to do with himself. So he’s opening up his heart and his guitar case to offer a tribute to his favorite artist, America’s beloved troubadour, Mr. John Prine, who lost his courageous battle with the dreaded COVID-19 on April 7th.

Cristina Jones is a soprano hailing from Southern California. She has performed recitals, oratorio and operatic works in the United States, England, and Scotland.

Born with Retinopathy of prematurity, an eye condition which eventually left her totally blind, Cristina began her musical training at the age of eight upon joining the Johnny Mercer’s Children’s Choir at the Braille Institute under the direction and guidance of Anne Bell. Thanks to Anne’s guidance and encouragement, she was inspired to study music more fully at California State University, Fullerton – School of Music.

Born and raised in South Korea and now residing in Los Angeles Jenny J Nam is an award-winning composer, songwriter, pianist for multi-genres and music producer. As a pianist, she has performed in many venues including the Valley Performing Art Center, the UCLA Fowler Museum, the Autry Museum, the Luckman Fine Arts Complex, Pechanga Resort, the Mint, the Ebell Theatre, Cerritos College, Citrus College, Crossroads School in Santa Monica, Pasadena Convention Center, and more in the greater Los Angeles area. Her tracks have been placed in several independent films, as well as featured in commercials and games in the U.S, Australia, South Korea, Vietnam, Poland, and more. As a music educator, she has been teaching jazz/pop piano, composition, and music theory for over 15 years.

Donation is $5 or pay what you can direct to the performer (Venmo: @JennyJNam; Paypal: jennyjnam at gmail.com)

Meet us on Zoom this Thursday, April 2 at 4pm PT / 7pm ET and bust out your best moves to the funk-filled sounds of Charlottesville, VA-based band, Disco Risque!

Donation is $5 or pay what you can direct to the performer (Venmo: @discorisque; Paypal: discorisque at gmail.com)

Rena Strober played the role of Cosette in Les Miz on Broadway and two national tours, as well as Tzeitel in Fiddler on the Roof with Topol along with roles on Veep, Shameless, Liv & Maddie, Big Bang Theory and more.

Donation is $5 or pay what you can direct to the performer (Venmo: @RenaStrober; Paypal: rena at renastrober.com)