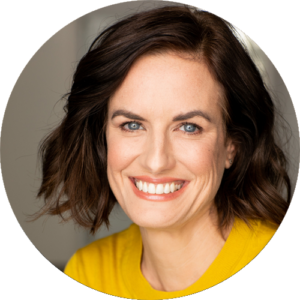 A member of Fíonta’s executive team since 2012, Karin is a seasoned designer and marketer with a passion for serving nonprofit organizations and being a small part of bettering the world. She is a certified Pardot Consultant and Marketing Cloud Email Specialist, a fan of automation and reporting, a lover of animals, and devourer of popcorn.

Karin drives marketing efforts for all internal and external projects. Her direct service work is focused primarily on marketing strategy and automation for Fíonta’s Pardot and Marketing Cloud clients.

Before joining Fíonta, Karin ran a successful design boutique called little b for over ten years. little b performed design work for several hundred companies nationwide, both in the for- and nonprofit arenas, and was acquired by Fíonta in January 2012. Karin worked for a handful of design firms in the Baltimore-Washington, DC area prior to forming her own company. Standout projects include being the lead designer for Al Gore’s 2000 campaign website and working on early identity design for Honest Tea.

She lives in a renovated loft apartment in downtown Los Angeles with her husband, two rescue pugs, and two practically identical tabby cats. In her spare time, you can find Karin at the gym or on a mountain, knitting or crafting, while listening to a novel or podcast. Karin volunteers weekly at Kitty Bungalow – Charm School for Wayward Cats. 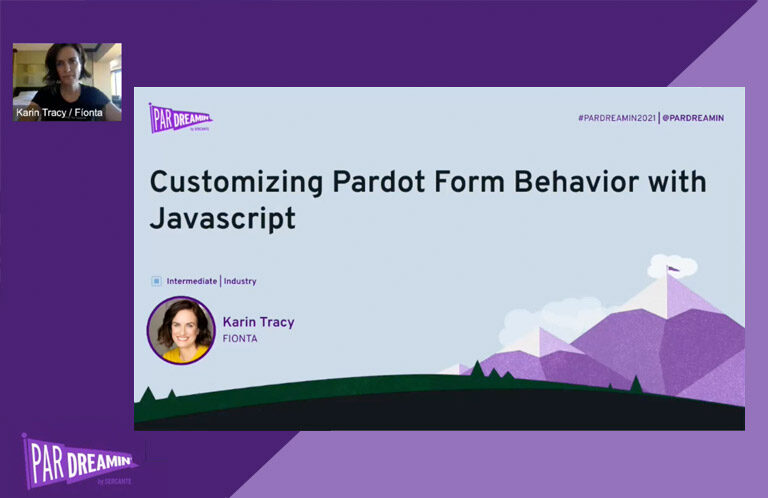 Pardot forms are fast and easy to set up since they require no coding knowledge. That being said, Pardot forms…

Wow, it’s September…2021. Back to school for many, and if you’re a parent with a child in school, know that…

I hope you enjoyed some downtime with family and friends over the recent long weekend! How exciting (and odd if…

Long days filled with warm summer air and bright restorative light have put a spring in my step. The company…

Happy May! Spring is in full force, the days are feeling long, and my feeds are filled with safe family…

It’s March again. Wasn’t it just March for about 412 days? I do hope this email reaches you during a…