Skip to content
/ Blog / Mobile Pathways and Fíonta at IMPACTech 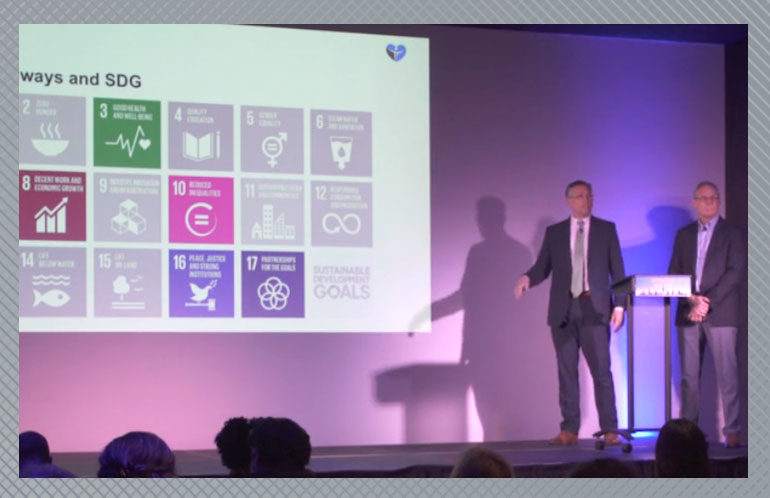 Fíonta was pleased to sponsor and attend the inaugural IMPACTech conference held at Town Stages in Manhattan on December 17th, 2019.

We participated in a Flash Impact Presentation with Mobile Pathways which was a fast-paced story told over the course of 20 auto-advancing slides in a strict five-minute timeframe.

Okay. Welcome. As we’ve been introduced, I’m Mark Patterson, CEO of Fionta and this is Jeff O’Brien. He’s the founder of Mobile Pathways, and we’re here to talk to you about how we’re using mobile devices to make things easier for immigrants working through our system.

So I’m here to talk to you a little bit about the refugee crisis at the US border. I’m an immigration attorney. I’ve been practicing for about 10 years, and I’ve never seen anything like what we’re seeing in the United States right now. The refugee crisis has exploded in the last few years, and at our Southern border, we’re seeing people from central America. We’re seeing people from Cuba, Venezuela. And the refugee crisis worldwide touches on all 17 (United Nations Sustainable Development Goals). The ones we highlighted are the ones that we see at that border. This is how our government is dealing with it. Let me just read you something by the Department of Homeland Security.

The MPP, which is the migration protection protocol, is a US government action whereby refugees are forced to remain in Mexico for the duration of their court proceedings. Where Mexico will provide them with humanitarian protections. Three things I want to point out, this is court proceedings. They’re waiting for their court US government action, and this is how the Mexican government is protecting individuals there. In short, they’re not protecting them. This is a crisis. They have no food, no running water, no sanitation. These tents are provided by US volunteers. There is no security at the camps. As you can see in the back, there’s port-a-potties that have been brought in. There’s no protection from the criminal cartels. This is how they’re keeping track of themselves. Where at a typical UN camp, you’d have gates, you’d have protection, you’d have tracking of people who go in and out.

They basically take it upon themselves, and they’re waiting for their court proceedings where no one is helping them. They have no idea how to handle it. There’s 98%, 99% of the individuals in this program have no attorney, nor will they get access. This is where they go for court, where the public is not allowed. The media is not allowed. Immigration judges and ICE attorneys are not present, and the courtrooms are actually built under these tents out of shipping containers. And attorneys won’t go down there, because it’s too dangerous, nor could most of the people support or finance them, because they have no jobs. They’re living in a camp. This is in contrast to US immigration court in New York city. This is traditionally where people process their cases, where all of those things are allowed.

The public is allowed, media, immigration judges, courtrooms are not built out of shipping containers clearly, you probably wouldn’t even notice it. So what our project is to do, is to help them understand what do I do? That’s the fundamental question every refugee has. What do I do? The United States government is making matters worse by providing them incorrect hearing dates. When I was in Matamoros, Mexico about a month ago, someone came up to me and asked me what this date meant, which was 1:00 AM. It said to come to court at 1:00 AM, it was a false date. This has been reported by multiple news agencies. You can just Google it and see the magnitude of the problem. I thought it wouldn’t get worse than not allowing them access, but they’re actually doing things to actually trick people now.

Right. So what are we doing about this? At the end of the day, our solution is based on this device, a mobile device, which happens to be pretty ubiquitous, and pretty much every immigrant has one. So it’s a really simple solution. The idea is that an immigrant can sign up with a simple text message, and from then on they get access to a series of tools, that help them navigate the system and understand their status. The idea is we never want an immigrant to miss a hearing date, which can be devastating to their case.

So this is an example of an immigrant who’s registered, who’s getting an update on their date. There’s also a number of resources also in Spanish, so it’s multilingual, allows them to navigate the system. There’s a decision tree along with that, that helps them to do that. Telling them what to expect during the hearings and when to be there. Okay. We missed a slide. So this is actually a backend system, from individuals can register themselves, but also nonprofits help groups, even dozens or even hundreds of immigrants kind of in a group say. So this is the back end view of that, that those nonprofits are using. They actually manage hundreds of cases, where they had to do them individually before. This is an attorney who works there. She was the only attorney who’s helping refugees in Matamoros. After we implemented our system in the last month, this project actually is brand new. Within the last month, we’ve launched it, she has gone onto the system and found five pro bono attorneys to help with cases, and we’re now keeping track of 850 cases.

That’s it. Thank you. 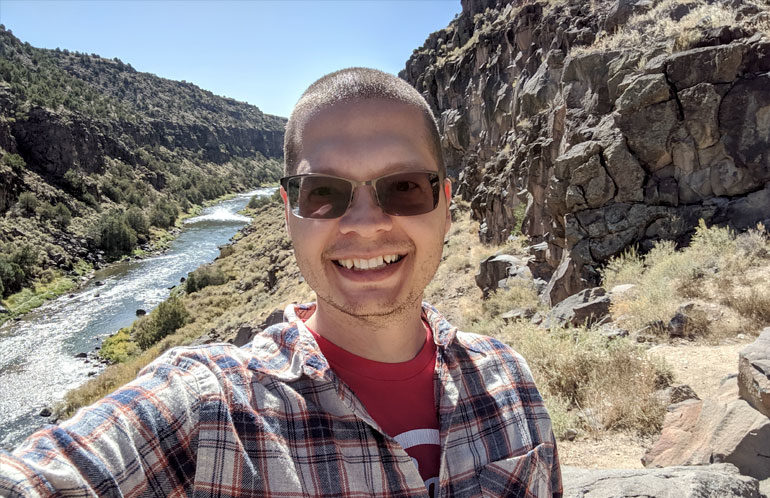 The Fíonta 15 with Jeffrey O’Brien